Often resented for offering us little aside from Daylight Saving and tax preparation, March is sometimes overlooked as that awkward month between winter training and launch of spring racing season.  It can leave a lot to be desired from the standpoint of an outdoor sport athlete with its characteristically unpredictable weather, but this year March came and went for me in a pretty major way, weather patterns aside, keeping me extremely busy and leaving me with a lot to process and adjust to as I move forward with my competitive season and with my life.

I do feel obligated to post something about my trip to Australia for World Cup I with the US Team — it was a great experience and I enjoyed being reunited with my teammates and doing some racing for the fun of it in a new venue. It was a cool way to kick off the 2013 season, as all of us were experiencing Australia for the first time.  The trip was short and sweet without much time for sightseeing or touring around, but we did get a chance to see Sydney Harbor, the Sydney Harbor Bridge, the Opera House and some local wildlife to round out our Australian experience before settling in to our typical routine for racing prep.

The trip was organized around the 2013 SIRR (Sydney International Rowing Regatta), which was a collective organization of several rowing regattas over the course of a week all hosted at the Penrith Regatta Center (2000 Olympic course).  With so many regattas running back-to-back and overlapping over the course of several days, it allowed for athletes at many different levels of the sport to interact and work together in order to prepare for their respective races.  I loved the environment and especially seeing so many young rowers enjoying their regatta experience.  The course was a great place for us to train, and we were gifted with beautiful Instragram-worthy sunrises every day for morning training and for the avian-enthusiasts in the group, a wild and varied bird population including Australian Pelicans which were HUGE…and slightly terrifying.  They were much quieter and more docile than the local parrot populations that visited our hotel parking lot every morning and evening.

For racing, I ended up in the W2X and W4X for the World Cup.  We knew going in to the weekend that this was an ambitious undertaking given how early in the season it is for us, and how little time we had all spent in boats together.  Many of us have also been training independently and working our way back in to a full training schedule so hopping in for some back-to-back 2k racing in multiple events was going to be a measure of experience and our love of racing more than anything else–but we were ready to race and have fun and that’s what we did.  Unfortunately this World Cup was seriously undersubscribed with many of the events not even having full A final fields–with fewer entries in fewer events, that meant that regatta organizers had very few options to accomodate athletes doubling in to multiple boats since there simply were no races with which to space out doubling events.  And so, on Day 1 and Day 3 of racing, Esther and I had less than 2 hours between our heats and finals of the 2X and 4X.  Let’s just say that the first day was less than pleasant.  But my body adapted quickly to the 2k treatment and by finals day I was feeling much better.  Racing got exponentially better from a mental and technical standpoint in both boats I was in–which were comprised of athletes with a great deal of international sweep experience, but very little sculling experience–and I was very pleased with how we executed both of our finals.  It was also a lot of fun to row bow in both crews and boss around Elle, Susan and Esther all week!

What I took away from the regatta was a renewed enthusiasm for my sport, and incentive and motivation for the rest of the 2013 season.  I love racing in the 2X and in the 4X and am excited to see how selection will shake out in the next few months for my teammates and me.  I am still planning on sculling this season and will take my first step for selection racing the 1X at NSR I at the end of April.

We are all back in Princeton now, mostly adjusted to EST and back in to training full time.  Jet lag and sleep deprivation aside, I have had some other things to sort out over the past few weeks and which have become more and more real now that I am home and re-immersed into the familiar.  I haven’t been ready to write about them until now, hence the delay in this update.
The day before the Team was scheduled to leave for Australia, I was with my Father when he passed away suddenly in Tucson, Arizona.  I had just finished training on Saturday at the OTC in San Diego when I got a call from my Mother who was out of town on business and worried about my Dad, so I jumped in my rental car and left right away for Tucson.  I was with my Dad at the University of Arizona where he had been receiving chemotherapy treatments for the past few months when he passed away suddenly, despite the best efforts of the UofA Emergency Room staff to revive him.

Experiencing loss is never easy, but this has hit me particularly hard.  My Dad was my biggest supporter and Number One Fan–my earliest memories of participating in sports are of my Dad driving me to basketball camp as a second grader and coaching my fourth grade softball team.  Thanks to his encouragement I was introduced to sport and competition at a very young age, and my Dad always helped me to be the best athlete I could be.  He was the first one I spoke to when I heard that I had made the 2012 Olympic Team, and he was incredibly happy and proud to be there in London to watch my teammates and me win our medal.  My Dad and his spirit was a huge part of my story that got me to London and on to the podium, though I have kept it private until now.  Diagnosed with a rare leiomyosarcoma in 2009, my Dad fought his cancer stubbornly and without complaint through surgeries, radiation and chemotherapy.  His battle kept me grounded and focused during my own difficult times last year especially, but no matter what, he was always available to talk and listen during selection and all the other stresses leading up to the Games.  My Dad served in the US Air Force in the 1960s, so as a daily reminder of how minor my own personal obstacles were with training and selection, I wore his dog tag every day of the 2012 season and in London.  And when the time came, I wore my bright blue “Team Deaner” bandanna on my wrist on to the podium.

My Dad loved rowing, and both of my parents have been some of Team USA’s biggest fans since I made my first team in 2008, traveling to see me compete all over the world.  Before that, my parents cheered me on while I rowed at the University of Washington – where I never would have ended up had I not had a conversation with my Dad one day in our kitchen at home during which he encouraged me to follow my dreams and go to Seattle.  I know how excited my Dad was for the upcoming rowing season–especially this trip to Australia–and to see where my dreams would take me next as we all start to think about looking to Rio. 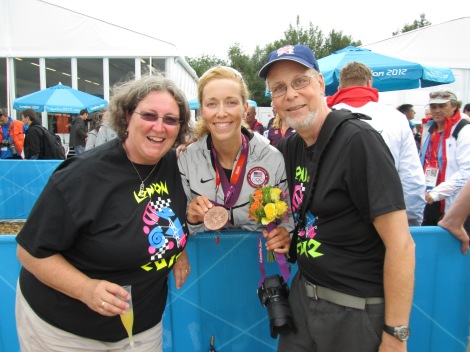 My teammates have been an immense source of strength and support for me over the past few weeks and I could not have made it through without them. I am so lucky to have such strong, sensitive, funny, caring people in my life to get me through when things get hard.  Thanks to everyone who has reached out during this time.  I am grateful for your friendship and support.  I am really going to miss my Dad, but I know he is always going to be with me no matter where I end up.  And you can be sure that he will be with me every time I line up.

*Memorial Service for Dean will be held in Minneapolis, MN on June 1, 2013.

7 responses to “March: In Memoriam” 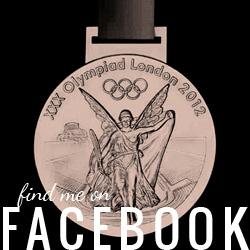 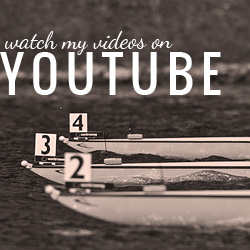