Hello out there, rowing fans.  August was a crazy busy month and as much as I’ve wanted to take time to reflect a bit on the many milestones and events that have come to pass, I just haven’t had time.  Here’s a rundown on what I’ve been up to.

Margot and I got off to a good start on Thursday morning with the fastest time in the Time Trial for the W2X.  We had switched our lineup since Lucerne and I stroked for the NSR, hoping to get a little more speed out of a higher stroke rating at base (which for some reason, I now love 36+ for a 2k base).  For the most part, we did find a little more speed, but not enough to make us any more competitive with the top double, or with our teammates who were left home from Lucerne, Sarah Trowbridge and Jessi Reel.  They had a stellar performance in Saturday’s Final to topple the 2010 World Championship W2X and earn themselves automatic invitations to 2010 W4X camp.  Margot and I came third, behind Kate Bertko and Stesha Carle.  It was a frustrating way to end our time in the double together, but we’ve since started rowing with new partners and have switched our focus to the camp dynamic to prepare for seat racing in the next few weeks.

Summer 2k Test
The much anticipated erg of the summer season.  It has come unseasonably late for us this year, as we were doing 6k testing right up until Lucerne (July) this year.  But to kick off big boat selection camp, we got to do a full week of testing, including a 1′ test, a 2k test and a MAP (Max Aerobic Power) test.
This test held a lot of weight for me personally, as I have felt over the past year that I’ve had some unfinished business with the 2k, following my disappointing test last summer which left me a few seconds shy of the 6:40 mark.  It’s been over a year since that test, and when 2k time rolled around this year, I was more than ready to get to work and finally post the score that Tom has been telling me I need to post since I started training in Princeton.  The first time that he told me that I should be a sub-6:40 erg, I laughed.  Tom did not find that funny.  But that was almost three years ago, and I underestimated how much a good training program and some experience could help my erg score.  At that time, since I considered an erg in the 6:30s to be outside of the realm of possibility for someone my size, I joked that if I ever broke 6:40 I would get it tattooed on my ass.
Whoops.
It was a fantastic test.  Great in that I did exactly what I wanted to do, and great in that I know I can go even faster.  I made a huge improvement over my last 2k, in which I bonked in the last 300m–I negative splitted the second 1000m of my test which was huge.  I feel really good about the result, and even though I know I’ll be dreading the next 2k whenever it’s announced, I am looking forward to pushing the numbers even lower…

The New Girls
There are a lot of them.  And some of them are doing quite well.  It’s great to have the numbers for quad camp flushing out and for some new talent to be introduced to the group to liven things up.  Welcome, Natalie Dell (Riverside), Adrienne Martelli (Washington ’10) and Jenny Cromwell (UVA, ’10).  I’m currently rowing with Jenny, and we are straight chillin.  I am excited to see how the new lineups in camp will do when we start racing.

The Move
The biggest, sweatiest, saddest and hardest news to deliver is that after three glorious years, the 4401 has disbanded.  After some long hard talks about whether or not we would be able to keep the house for 2011, we decided that it would be best not to commit to a lease right now, not knowing if we would be making the 2010 Team, and secured with USOC funding to help pay rent. 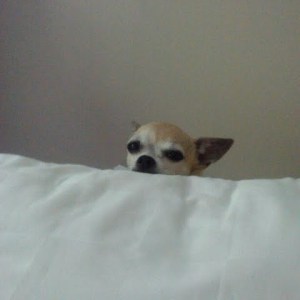 So, after several days of hauling my amazing amassment of crap to and from a storage facility and to my new digs, I have settled in temporarily to my housesitting arrangement.  The best part?  It comes with two chihuahas and a cat!  I have been severely animal-deprived since moving to college, and especially since I have lived with the world’s most allergic person for the past four years.  So having critters around is awesome!  I’m sharing the gig with Jen Kaido and Sara Hendershot, and so far, so good.  Ellen and I may be suffering some separation anxiety, but since we are now working together at the YMCA, we at least get to see each other some of the time on some days.

My Late 20’s
I turned 27 the other day.  I had a great time celebrating low-key in Princeton with friends and teammates from the PTC group.  We had a nice BBQ after NSR III and I was treated to a special carrot cake cupcakes  courtesy of Smitty, and chocolate cake courtesy of Ross.  It was a fun night, despite all the cracks about my old age (very few people in the PTC group are older than me, now).

That’s about it for now–it’s onward and upward with quad camp and selection, heading full speed toward September 20th which is the Naming Date for the 2010 Team.  Good luck to all my teammates, it looks to be a very strong year around the boathouse–maybe as strong as I’ve ever seen it–and as Tom says, “if you make it, that’s a good thing, because it means you’re going fast.”

One response to “The Haps as of Late”